Did Summer Pass You By? 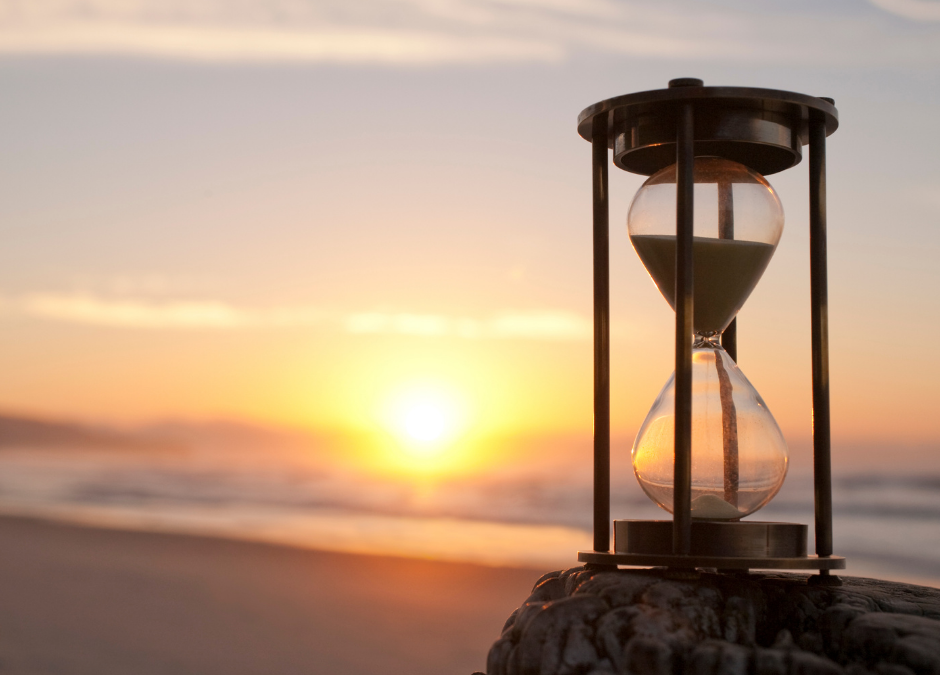 Did summer pass you by?

I know it did for me. It seems as I get older, time passes far more quickly. What used to seem like an eternity, now flies by in just minutes.

And it’s not just the seasons, it’s life, it’s projects, it’s everything.

Who doesn’t wish they had more time?

Yet we have all the time in the world.

So why is it so many things fail to get done?

Let’s face it, most of what doesn’t get done is just not important, and that’s a good thing!

For example, I had planned at the beginning of summer to clear all the weeds from the side of the house. I was keeping up with it in June, but if you know poison ivy, it isn’t easy to get rid of. And I was trying to do it without chemicals.

It’s now August, almost September and there are still weeds in the area I was working on. July came and we traveled. Then it was August and it got hot. And I had to prepare for the college classes I teach that start next week.

Getting the weeds cleared in that area is just not important to me. That’s why it didn’t get done. And guess what? That’s OK. It wasn’t going to change anything for me really. It would have made the side yard look a bit neater, but my yard is a bit wild anyway. And I like it that way!

Similar to things not being important is when our priorities change.

We may have a goal of let’s say walking 2 miles every day. And we start out on track. Walking every morning or evening and getting those steps in. But then our child or parent becomes ill. Or maybe we get a new client, or an opportunity we’ve been longing for. We find it impossible to get those 2 miles in every day. We still have a desire for this goal, but our priorities have shifted.

The sad part is many of us then feel guilty about it. We spend so much time with that voice in our head telling us things like, “you give up too easy.” Or “See Suzy-Q, she’s busy and still getting in those 2 miles.” Maybe your voice sounds like, “What is wrong with you? You made a commitment and now you just stop? This is why you never get anywhere!”

Those voices can be rather critical and throw us into self-doubt. We spend so much time in a primal state, agonizing over reprioritizing that we waste even more time.

Things come up. Priorities change. If we consciously and mindfully make a new decision, it’s ok to shift our priorities or change what we want to complete.

In this example, we could change our goal to walking 3 miles a day but only 4 days a week, keeping us close to our original goal at a week level, or we could simply change it to walking 2 miles a day at least 5 days a week. Whatever works and that we can commit to. The important thing is to make this a conscious decision.

When we don’t do something we have on our list of things we want to do, yet this thing is important and our priorities haven’t changed, many times it’s fear that is stopping us.

When fear is in place, we find everything else that MUST get done just so we don’t have to face that fear. We blame not enough time, but ultimately, there is plenty of time. There is always time for what we truly desire.

How can we tackle this Fear that creeps in and allows us to waste time? To procrastinate?

Let’s begin with a quote from Albert Einstein, “The most important decision we make is whether we believe we live in a friendly or hostile universe.”

Let’s take a monthly task I used to avoid doing completely out of fear.

My fear after leaving the security of working in corporate was about never having enough money. That fear made me not want to go through the bills and pay them. My stomach would get queasy. I would make excuses not to do it. I had not yet made the decision that I lived in a friendly universe.

Once I consciously decided that I lived in a friendly universe, that life was always happening for me and not against me, I stopped being afraid of looking at my bank account and paying my debts. Now I have it on schedule that every 1st of the month I go through all my bills, all my investments and I calmly and rationally look at.

Not only did I decide I live in a friendly universe, I also let go of my limiting belief that was causing my fear, that I would never have enough money. By changing that belief to I will always have enough, and backing it up with a friendly universe, I no longer have fear and I no longer procrastinate on paying my bills and looking at my finances. And guess what?  Most months things look good. And when money gets a bit tight, and I feel that twinge of “I will never have enough money” coming on, I simply recall all the times before when money was tight and I got through it.  Like the semester in college when many dinners were a package of ramen noodles! If I could survive those days, I can surely survive now.

There are several other reasons that could play into why we run out of time for some things and not others. But what I have found is that these 3 come up most often.

When the reason is one of the first two, not being important and shifting priorities, we need to be compassionate with ourselves and let it go. It’s doesn’t make us a bad person if we don’t get something done. By acknowledging it’s no longer important (or never was), or that it is important, but other things have become more important, we can gain a better understanding of ourselves and consciously create space for what truly matters.

When it’s fear, we must let go of the fear. That doesn’t require anything more than making a powerful decision. Start with deciding you live in a friendly universe. Then recognize any additional limiting beliefs that are causing you fear, and change them into empowering beliefs by making new powerful decisions.

So now, what are you going to accomplish over these last few weeks of Summer?