It’s Pride Month! – Am I Really an Ally? 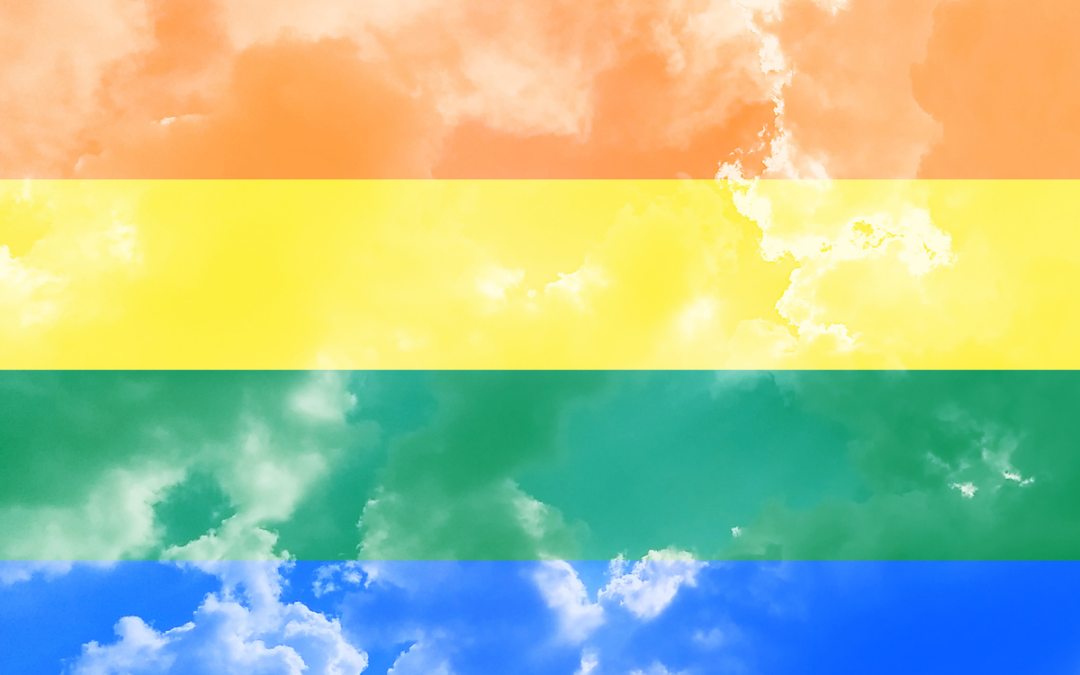 I attended a virtual event celebrating Pride Month a few days ago. It was hosted by CMX, a company focused on helping community builders. My niece happened to be a speaker and I wanted to support her. I also wanted to hear more about creating an inclusive community. Since Eclectic Well-Being differentiates itself with offering community events I thought this could be helpful.

The three speakers shared their experiences and viewpoints of being part of the LGBTQ+ community. As I listened, I realized I still had so much to learn, even though I think of myself as a supporter and ally.

My niece spoke about the different flags and what they stand for close to the beginning of the event. I paused and wondered what she was talking about. I knew about the Rainbow Flag. I also knew there was a transgender flag. But she made it sound like quite a few more. She also mentioned that all the colors had meaning. My curiosity had me googling “LGBTQ+ flags. I found an article in Seventeen Magazine describing 21 different Pride Flags. 21 flags! Most I had no idea about! Yet here I was thinking I was such an advocate and supporter of the LGBTQ+ Community!

Even as I listened, I still wasn’t really grasping the fact that I had so much more to learn.  That there was so much more I could be doing.  My mind was focused on my niece and feeling a sense of pride for her speaking on this platform confidently and unapologetically.  When the event ended, I told my husband what a great job she did and I sent her a quick text to let her know. And then I went on with my day.

But as the day progressed, I started thinking about what I learned. I began looking at what I could be doing, but wasn’t. I hadn’t even thought to mention Pride Month in our June Newsletter.  I hadn’t even thought of making a post about it. I recalled the time when someone close to me came out and I got angry, because I saw it as negatively affecting me. I thought of all the people I’ve met during my lifetime that are part of this community, and I wondered if I was doing all I could to advocate and support them.

The answer was a resounding NO! I am an ally, but I am not an actively participating ally.

For the last 40 years or so, I have not given much thought to what it is like to be gay, trans, queer, or any other label given to those who identify as part of this community. I assumed if I was accepting, if I believed this is who they are, and I believed they should have the same and equal rights as straight men and women, that was enough. But it is not.

The words Safe Space came up frequently during the event.  I realized that as a cis woman, I don’t think much about safe spaces when I’m thinking of my different communities.  Yet it seemed to be a fact of life for these speakers. For their LGBTQ+ communities.  How can I ensure Eclectic Well-Being is a Safe Space for them?

I am still in thoughtful reflection. I am not sure what changes I will make. However, I know there is more I can do. There is more that I must do!  Not just to support my niece and others that are part of my inner circle, but to help create a world that is more accepting in every possible way. One where all communities are safe spaces for everyone.

Today I will learn more about Pride Month and the Flags.  I will make a promise that Eclectic Well-Being will be a safe space for Everyone. And I will be open to feedback from the LGBTQ+ Community on how I can better advocate and support.

What will you do become a stronger ally?