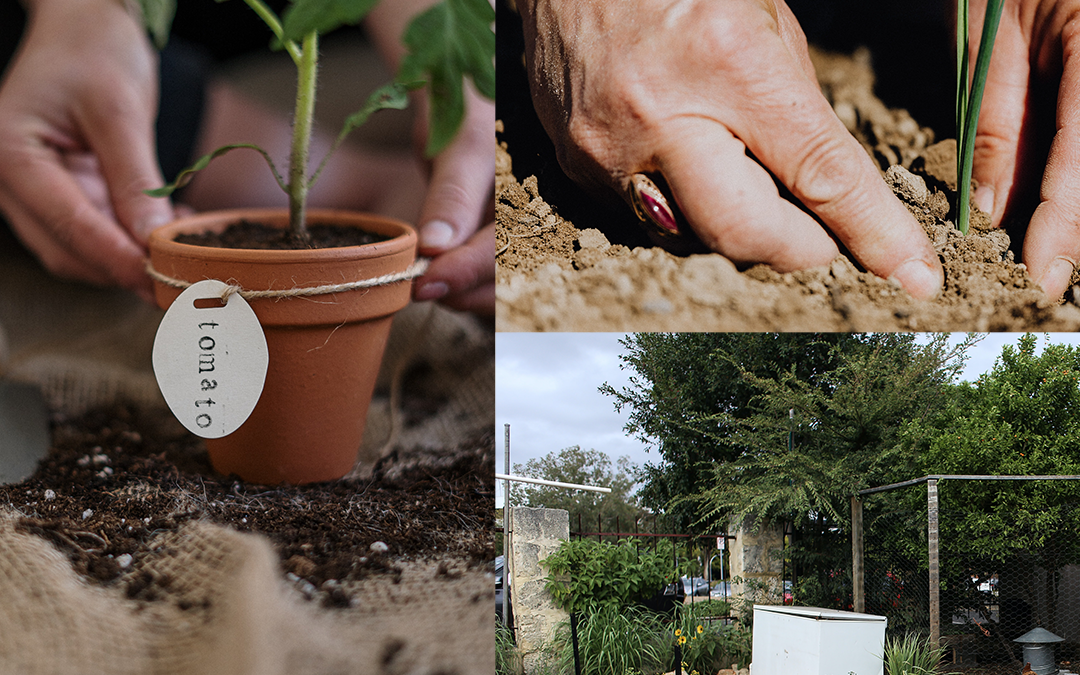 When I was growing up as a kid, the healthiest I remember our family was the summer my mother planted her garden.

Age-wise I was in single-digits at the time, so it seemed HUGE to me. In reality it was probably 20’ x 20’. (Although, I swear it got bigger every year…)

My mom squeezed everything she could into that space. Carrots, tomatoes, lettuce, squash, zucchini, radishes, brussels sprouts, potatoes, eggplant, snow peas, green beans, if it can grow in NJ, she tried it.

This was the 1970’s, so there were no big-box stores or garden centers. Everything she grew started from seeds.

Naturally, I learned a lot from watching and helping.

The first thing I learned is that if you want anything to grow, you need to start with good soil.

Natural soil where we lived was clay. If you’ve ever tried to grow anything in clay, you’re probably already aware it’s awful.

Having a high clay content in your soil traps water so it doesn’t drain well. At first you might be inclined to think that’s a good thing for plants, being as they need water to live, but most plants don’t like to have their roots constantly wet.

Mom’s solution was to get my father to help with a process known as “amending the soil.” Much to the chagrin of my father, the method they chose was to double-dig the soil.

Double-digging is a lot of work. Basically, you remove a row of soil about 10” deep. Then you dig another 10” down from there. Instead of removing the soil though, you mix in organic material, like compost, filling the trench and making a mounded row out of it. Continue that process for as many rows as you have in your garden.

That leads me to the second thing I learned. If you want great veggies, you need great fertilizer. And the king of fertilizers is organic compost.

My mother used to have a ring of chicken wire in the back for making compost. It was basically a 4’ high. 3’ round open container that we’d throw all of the veggie scraps and eggshells into. She’d use a pitchfork to turn it every now and then to ensure everything turned into rich, black, Gardener’s Gold.

Of course, when I moved out and got my own place, I wanted to put in a garden. I found a nice, sunny area out back and got to work.

I cheated though. I had a load of topsoil delivered, then I rented a small tractor from Home Depot to dig 24” down into my garbage clay soil, remove it, and replace it with the topsoil.

I also have a raised spinning barrel composter to make more compost faster than you can make with the open-pit compost method my mother used to use. (It’s getting old and starting to fall apart at this point, but there are new ones on the market now that are even better!)

The advantage of the barrel-style composters is you can wheel them over top of your beds and dump the compost right in. Then I use a tiller to really work it well into the soil.

We’ve found that tomatoes, peppers, and squash grow really well around here. We haven’t had much luck with carrots, but the kale came out good last year.

This year we’ve decided to start some things from seeds. Of course, last year we forgot to label the seeds before placing them into jars, so we have no idea what we’re growing! But that’s part of the fun of it 😊

If you like fresh veggies, you won’t get fresher than your own backyard. A fresh summer tomato right out of your own organic garden? It just doesn’t get better than that. (You might even become bit of a tomato snob, scoffing at the white, unripened center of store-bought tomatoes…)

I definitely recommend starting your own organic garden. It takes some work to get it set up initially, and a bit more work each year to get and keep it going, but the rewards are so worth it!

If you don’t have the time / space / or energy to plant a full garden, you can always grow in containers!

Generally speaking, the taller the plant, the deeper the roots, so if you do opt for containers, you might need some big ones and some smaller ones, depending on what you like to eat.

Containers work especially well for herbs, and I absolutely recommend growing your own herbs. Most of the time you’ll only be clipping off a sprig of rosemary, thyme, or what have you, so the rest of the plant will keep growing. You can even bring them inside in winter for year-round fresh herbs.

Right now is the best time to start thinking about planting veggies. Whether you’re going to get them from a big-box store, a garden center, or start your own seeds.

Do you plan to start a garden this year? Drop a comment below to let me know!